Doc Bargle recently wrote a great little post pointing out the tension between good tactical combat and good roleplaying. I recommend that you read it in full, but here's an excerpt:

I play mostly with people who have not and will not read the rules. And so I am acutely aware that combat with lots of choices equals victory to those with system mastery. I find nothing more disheartening when I read roleplaying forums that are 'epic' accounts of encounters that concentrate on the 'synergies' that the players managed to set up between their powers or other clever exploitation of the system. In the games that I run, once combat is started I want the encounter settled quickly. I want it settled quickly because I want the consequences of that combat to result in further interesting choices for the PCs. Choices about the game world, not the game system.


I definitely agree with Doc's model of tactical combat vs. roleplaying. Just look at our 4e games--when every encounter take between 45 minutes and the entire session, there just isn't any time left for roleplaying! 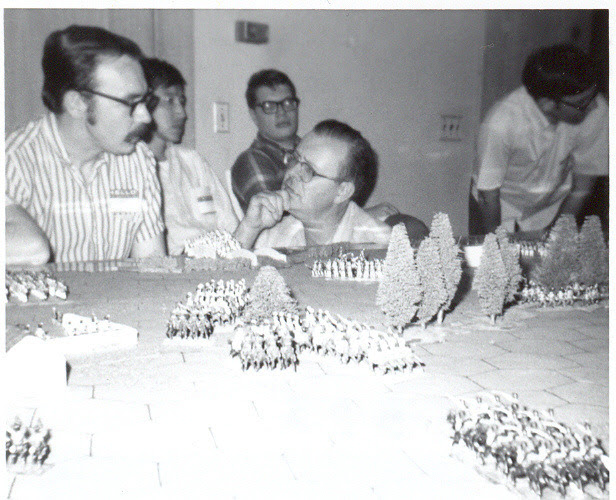 At the same time, I disagree with Doc's conclusion, that the roleplaying should be at the center and the combat an afterthought. DnD grew out of Chainmail, a simple wargame, and wargames are all about interesting tactical combat.

Even when Gary and Dave discovered the joys of roleplaying, combat continued to be a major part of the game. Heck, the whole reason I got sucked into DnD to begin with was that I just couldn't put down the equipment list for Pool of Radiance--I just had to keep re-reading it and figure out what these strangely named weapons were(it was only a decade later that I figured out what the heck a Bec-De-Corbin was) and try them all out to see what worked best.

Bottom line, I enjoy the Roleplaying and I enjoy the Tactical Combat, and I want both in my game, dammit!
Posted by Billy at 07:23