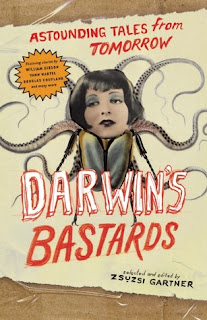 A post-Cyberpunk story where the Libertarians have won and medical research can legally be performed on any Human subjects who are willing. The protagonist reminded me of The Count, in Gibson's Count Zero, when we first meet him, a poor white kid who grew up in the inner city and harbors unlikely dreams of success. The difference is that, rather than dreaming of being an amazing hacker, our protagonist dreams of being the Guinea Pig in the development of the next big drug. The Existential tragedy that ensues is both predicable and compelling.
Posted by Billy at 00:01 No comments: