Gretta, Allen, Helen, and Agatha arrived travel-worn back at the Osiris Hotel around sunset, the city echoing with the call of Imams calling the faithful to prayer. Machmud was waiting them outside the Hotel. Bob was well-rested, drinking a whiskey at the hotel bar. They filled him in on the happenings during their visit to the Clive Expedition. The investigators decided to forgo rest to immediately track down ex-expedition member member Janwillen Vanheuvelen. They spotted a shady character watching the hotel.
Machmud took them on a tour of seedy bars in the old city, since Janwillen was rumored to be staying there and was reputed to be an alcoholic. They found the Dutchman sitting in a dark corner of a disreputable establishment. He was agitated by the group's arrival, but they plied him with drink and he loosened up. 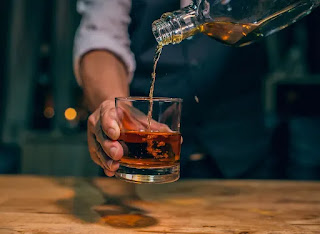 Janwillen told the party of his firing from the Clive Expedition. On the night that we was in charge of the site with Nitocris' mummy, he went out for a drink, and returned to find that the mummy had been stolen! This was his last chance to make his name in the world and now he is a ruined man. His story was interrupted when a cat scratched his leg under the table.
After more drinks he admitted that he has a plan to become a rich and famous Egyptologist. He came across some rare, 13th dynasty scrolls in a temple and is working on a translation. When he finishes, he will publish the results and become famous!
He agreed to take the party back to his apartment and show them his translation, the originals being "in a safe place". Allen noticed an area of the dirt floor which looked like maybe it had recently been dug-up. The party learned the spells "summon/bind cat", and "summon/bind crocodile" from the translation. Stray cats stared in at them from the window. 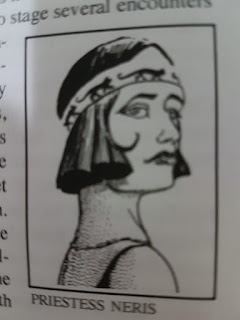 The party decided to wait for him to fall asleep and steal the scrolls. The neighborhood cats began acting strange, and everyone lost some sanity. A beautiful priestess came and told them that they should tell Jan to return the scrolls to the temple. She was both seductive and threatening and walked with the gait of a panther.
Ultimately, Bob climbed in the window, but woke-up Jan with his digging. He was able to manipulate the drunk and confused archaeologist and the party made-off with the scrolls, returning to their Hotel around dawn for a much needed rest.

After much rest, the party decided to spend the day translating the scrolls and learning spells. The cramped hieroglyphics on the 10 scrolls was difficult, but they managed to learn:

Bob heard noises outside their room late at night and the door was blocked. After removing the door, they saw fleeing cultists who were setting up scented candles around their room. The party identified the scent as an incense used by mediums to enter the Dreamlands. They went back to their studies.

Past midnight, they heard chanting outside and saw that the cultists had set up candles around the whole hotel. Suddenly the lights began to flash, the moon began to flash, and the night went dark. The Investigators found themselves and the hotel transported to a dark landscape of sweeping sands and cyclopian structures...