So, with the party jumping through Hyperspace like a Womp Rat caught in a bullseye, I needed a quick way to answer the question "who is hanging around the system you just arrived at", in addition to the fixed setting elements. Here are the three random tables I used.

The first table, answers the question of "who" these ships belong to. Note, that they are designed around the typical inhabitants of Airam Sector. If and when the party moves on to another sector, then they will probably require some adjustment. 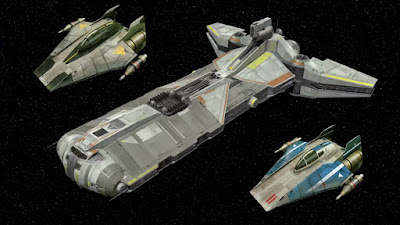 Next, the question of scale. It this a single small ship or a flotilla of cruisers? 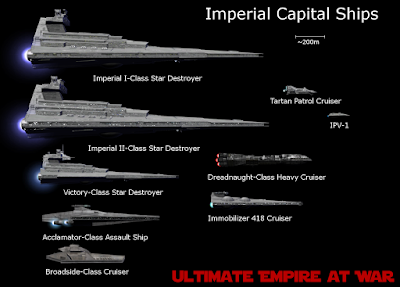 Finally, where are they headed?

Once I've rolled these basic questions, I take a second to flesh out the encounter more. I ask myself things like:

We got together a third session of my Star Wars/Cyberpunk 2020 mashup on short notice, due to half of our gaming group being in town. The other half joined via skype, leaving us with a full 6 player characters- not bad for our group. Let's go over the lineup:

You may recall that in session 2 the party accepted two missions to the Squib Home System of Squab. One was to deliver a shipment of refined metals, the other to deliver Deeberjar, the nephew of Ilay. This session they accomplished that mission, and made some credits to boot, but let's not get ahead of ourselves.

As the party came out of the gravity well of Aiquin 4 and prepared to enter hyperspace, an Ugor Corvette came out of it's hiding place behind one of the system's moons. It made straight for them but they made the jump to hyperspace.

The party reached Eliraad System where they found a deep space platform with a small Eriadu just leaving. They hailed the Eriadu, but the Human pilot didn't like having his time wasted by a "bunch of stupid aliens". He cut-off communication and made the jump to hyperspace.

The party was debating following him when the Ugor Corvette came out of hyperspace. The platform scrambled it's two fighters and the party decided it was time to move on to the Blair Cluster.

The Blair Cluster is a huge asteroid belt. The party passed through it thanks to their skilled pilot. They spent some time searching it for signs of life, but to no success. They weren't sure if the Eriadu ship was hiding or had jumped elsewhere.

Deeberjay tried to use his Princely rank to gain cheap repairs. They didn't trust him as an Ilay Squib. Ilay sided with the Empire half a century back, while the rest of the Squib joined the rebellion. There's still some bad blood.

The cruisers aluded to a mission related to the First Order trouble in Hosnian System. Candy spoke to them and they offered to let the party land their shuttle in the flag ship's docking bay where the party would be given a mission. The party decided to decline and continued on to Undil.

A large Squib world with another Calamari Cruiser in orbit and 3 Ugor Cruisers hanging out on the far edge of the star system. The party decided to move on to Bes. 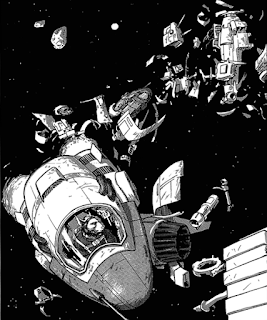 An Ice Planet with a major squib salvage operation, aftermath of Imperial battles half a century back. Lucky used her handy navigation skills and detected 3 corvette-sized ships hiding in an asteroid field. The party debated joining the salvage mission, attacking the corvettes. They finally decided to make the long jump to Squab.

The party made it to squab and saw some heavy Squib Cruiser traffic. Squab contains the Squib homeworld of Skor II. The party made 10000 credits and dropped Deeberjay at his destination. He used his connections to find them cheap docking facilities and invited them to visit him in his office. He has a plan to make an Ilay alliance with the Ugor, but then double-cross them, hopefully helping ease some of the bad blood with the rest of the Squib. The party debated selling their military shuttle for a civilian freighter. They finally decided to stick with the shuttle and hopefully capture a larger ship by boarding it.

There wasn't any fighting this session, but there was some great space exploration, strategy, and general wheeling and dealing. The party completed two missions and made some respectable cash. They also managed to agree on a longer term goal for bettering their fortunes. They have proven particularly adept at avoiding ship maintenance fees.

The game really reminded me of playing Wing Commander Privateer back in my youth, exploring known space looking for missions, running from the big baddies and just making the hyper-jump in time!
Posted by Billy at 13:20 No comments: