This is a campaign idea I had, inspired partly from XCOM, and also probably from watching too much Sliders back in the day.  It's system-neutral, though I think that CyberPunk 2020 is a pretty-good fit for it, both in terms of mechanics and in terms of mood. 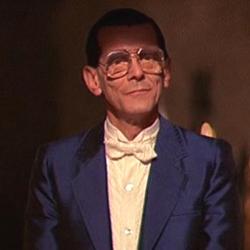 The place is Earth.  The time is today.  A brilliant scientist has invented a working time travel machine.  Knowing that as soon as his discovery becomes public, the government will take it away from him, he has resolved to see some benefit from his invention before that happens.

As such he has founded a company, taking in a small number of scientists and hired-guns as partners, each for 10% share of the ultimate profits.  Together, they arrange for-profit expeditions to the distant past and far future.

The company begins with up to 10 Partner Characters, some of which must have the tech skills needed for running the time machine: Physics, Electrical Engineering, Mechanical Engineering etc.  They also start with a warehouse in the location of their choice to be used as a base, and one million Dollars starting capital.  They can hire perimeter guards, etc. for a fee, but these employees must be kept in the dark as to the true nature of the business, otherwise they will surely sell the company out to the highest bidder.  New Partners can be taken-on, but 10 is the maximum.

The time machine itself cannot be set to a specific date/location.  Rather it gives a peek at a "random" location and the team must decide whether to go there, or look for  another location(takes 1d10 hours, costs $10,000).

Once an expedition has been launched, and some of the team members have been sent to the location, they must check their Chronotracker to see where and when to be for transfer back to their own time.  If they miss this Retrieval Window, there will be another, but the windows will eventually run out and the team will be lost in time.  Sending a team through time costs $100,000)

Players will need to come up with discreet methods of making money from the artifacts their expeditions bring back.  They need to be able to benefit from them without revealing that they have a working time machine.

The company has a Publicity Score, which begins at 0.  Whenever the company sells/patents some artifact, their Publicity Score increases by an amount determined by the DM and the DM rolls a percentage die against the total score.  If he rolls the score or lower, then some corporation or government suspects the Company has a Time Travel device.  This makes them subject to spies, raids, etc.

The Publicity Score is cut in half if the company relocates to another country.  It can also be reduced in other ways(if a corporation knows about the technology, but you assassinate their executives, etc.)


There are a number of ways the game can end: