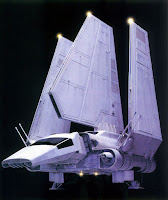 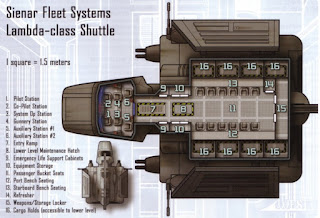 So we got together and played a few hours of Star Wars 2020. The party was:


As mentioned previously, the setup is on Nocto II. The party are scavengers who stumble onto the motherload: a working Imperial Shuttle, undiscovered these 20 years. The only problem is they'll need to get it some sort of hyperdrive, maps for the nav computer, and some fuel cells if they're going to escape Ugor space. And they need to do it all discreetly.

The party were smart enough to search the shuttle thoroughly, lucking out by finding 17 pristine suits of Stormtrooper armor on board, which helped them with the funds they needed to pull off their caper.

Meemu used his underworld connections to determine that Kryygh, an Ithorian Bounty Hunter stationed nearby, would be willing to sell them his backup hyperdrive for an extravagant amount. They sold him 8 of the armors in exchange for dropping the backup hyperdrive at a pre-determined location later that night. They also wanted another fuel cell and a sector map.

As they were leaving the bounty hunter's ship, they noticed someone with hairy legs and a long cloak outside, but he didn't seem to be spying on them. Aazilbaki followed him anyway but lost him in the crowd.

Art traded his artwork to Snorblob the Ugor Cartel representative in town for another fuel cell, but then ditched it when he realized that it probably had a tracking device on it(DM Aside: he was right!)

They then heard a rumor that Roy, a Human Scavenger, had a stash for when he would one day make it off the planet. They spoke to him and made a deal. They would let him come along for his 7 fuel cells.

A Gammorian guard pulled Meemu aside and tried interrogating him, but the wily Ewok managed to escape.

The party now knew for sure that they were being watched so they made a plan.

In the Scavenging Fields

While Pigman, Art, and Aazilbaki snuck-off to the rendezvous point, Meemu and Lucky were very conspicuous about going with Roy to his stash. They did a good job and were followed by a couple tough bounty hunters, under Ugor employ. 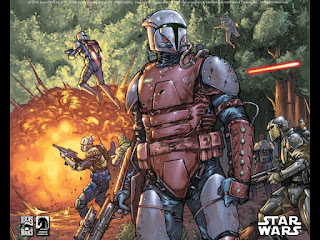 There was a very close fight. I really didn't think Meemu, Lucky, and Roy could win. After a good deal of crawling around, hiding, shooting and kicking:
Lucky and Roy took the bounty hunters' hoverbikes and hauled the fuel cells and loot to rejoin the rest of the party's night time rendezvous. Now the party was reunited and dragging their new hyperdrive to the shuttle. At the same time, they saw they were being followed.

They made it to the caves, with three hovercars close on their tail. Art attempted to install the hyperdrive and Pigman to clear the rubble from the cave-in that was blocking their escape route. The rest of the party lay in wait, setting off a couple thermal detonators and blowing up 6 Gammorian guards and much of the cave entrance.

Finally the shuttle was ready, and the party piled in and took off, with Aazilbaki in the pilot seat and Pigman blasting away with the tail gun. The party made it up the gravity well, avoided an Ugor corvette, and made the jump to Klaatu system, escaping Ugor space! (using 4 of their 11 fuel cells in the process and knocking that hull damage up to 27% on the way out of the cave.)

Since Star Wars 2020 is Cyberpunk 2020 based, this is the perfect opportunity to include Fight Club, the custom martial arts rules I came up with:

As such, any character taking points in the Martial Arts skill will need to:

Thanks to donjon's wonderful planet generator, we now have a map of Nocto II, Nocto System, Airam Sector.

It's mostly a desert planet, but thanks to the Battle of Nocto in 3ABY, the second planet in the system has seen quite a surge of activity. In that battle, the Super Star Destroyer Vengeance was destroyed, breaking up in space and eventually crashing down on the surface of Nocto II. In following years, there was a protracted dispute between Ugor and Squib salvage operations, with the Ugors eventually winning control of Nocto II.

The map shows the major sites of interest on Nocto II: 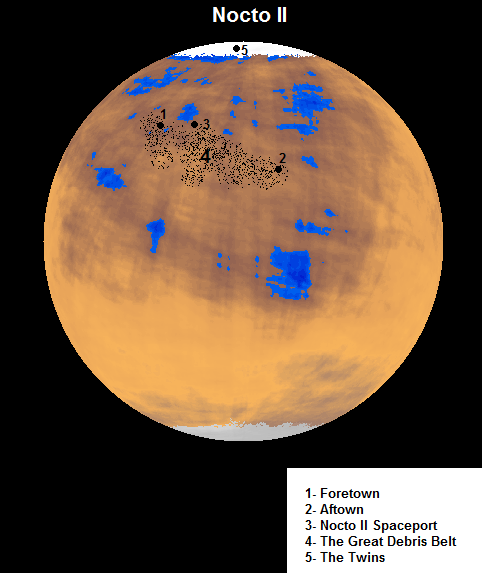 Well, here it is. Rules for getting around outer space in Star Wars 2020.

(Taken from this forum) Spaceports are equipped with fusion generators that recharge fuel cells. At the slowest rate of charge, this costs next to nothing, but if called upon to recharge quickly, the costs increase rapidly:


Most stock light freighters are equipped with 50 fuel cells. Additional Fuel Cells: 500 credits each. One cell of fuel is used for:

Here is a tool for long-distance travel: http://www.swcombine.com/navcomp/

For short distances, I've mapped out most of Airam sector. I'll share parts of that map with the party as it becomes relevant.

This is a work in progress. In general:

So, I made the following changes to the character generator:


Try it out at this THIS LINK 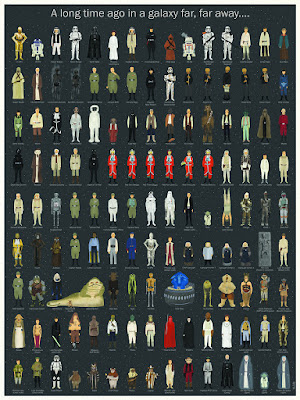 A Long Time Ago, in a Galaxy Far Away

So here it is, the starting scenario for the Star Wars game I'm planning on running soon:

The date is 30ABE(After Battle of Endor). The Empire has fallen decades ago and been replaced by a weakened Republic. Now the First Order's Starkiller Base has taken out the Republic base of power in the Hosnian system before itself being destroyed(as per the most recent film).

Our PC's find themselves on in a remote corner of the Galaxy(the Airam sector), on the planet Nocto II(in the Nocto system). Before the Empire fell, there was a good deal of fighting going on in this system, the heaviest being here on Nocto II. Now, the Ugor Cartel rules the planet, running a planet-wide salvage operation on the aftermath of the battle.


Some scavengers came here seeking their fortune, others were left here against their will. In any case, the Ugors take full advantage of the scavengers, providing them with minimum services, and paying them a subsistence-level bounty for the valuable salvage they do find. The only exception to this rule is if scavengers find a working space craft. All such finds are forfeit to High Priest Zorkblag the Infallible, governor of this planet, by Divine Fiat! The penalty for failing to turn-over such fines, a painful death!

You few scavengers get caught in a huge sand-storm on the way back from the site. You retreat to a cave in the rocky foothill to wait out the storm. Investigating an area that has caved in, you can't believe your eyes--a skeleton in Imperial uniform under the rubble!

Walking deeper into the caves you find it! An old Lambda-class Imperial shuttle, in what looks to be fairly good condition. You glance at your companions. Can they help you get it out of the caves? Do they have the skills to fly the thing? Can they be trusted? Here lies more credits than you could hope to earn in a whole lifetime of scavenging! Better yet, this is your ticket off this rock! But will this be the making of your fortune or will it be your death!? Only the fates can tell...

A few other details:

So Star Wars 2020 is coming along, hopefully we'll be ready for a game session on Thursday. So far I would say I'm about half-way there in terms of DM prep:


And I still have some major tasks to do:
Speaking of that last one, I already have our first rumor.

So the date is 30ABE. The Empire has fallen decades ago and been replaced by a weakened Republic. Now the First Order's Starkiller Fortress has taken out the Republic fleet before itself being destroyed(as per the most recent film). Our PC's are in Airam Sector i.e. a rather remote location on the Outer Rim.

The rumor is that, after the Rebellion victory in this sector, the Surviving Imperial troops, with all their remaining military hardware, took over a remote jungle jungle planet in Nodgra System. They mostly keep to themselves and the locals have never been able to muster the power-base to root them out. In any case, the rumor is that King Ebareebaveebeedee, of the Squib, would pay well for any interesting intelligence as to what they are up to. The last intel photographs from their settlement(see below) are decades old and rather innocuous, but who knows what they may be up to now that the First Order has shown themselves as a power to be reckoned with: 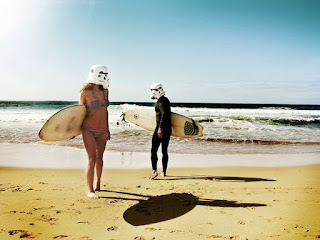 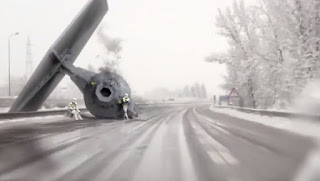 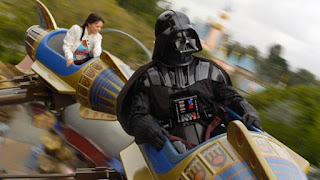 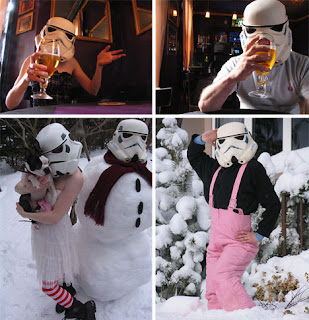 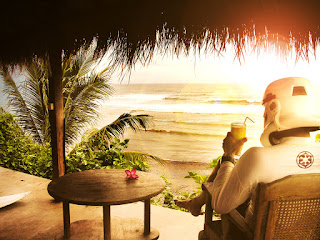 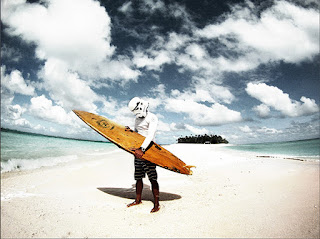 So I have a working version of the character generator for my Star Wars-Cyberpunk 2020 hack. You can try it out by opening the google document HERE.

To generate a character, you need to look for the "Character Generator" menu and click "Generate Character".

If, for some reason, the menu doesn't appear, go to Tools->Script editor... Select the "OnOpen" function and run it. The menu should now appear.

Once you've generated the character's stats, copy them to a blank spreadsheet. Then you can fill them out in the character sheet pictured below.

Anyway, comments on how to improve the tool are welcome, or you can email me at billygoestomordor@gmail.com
Posted by Billy at 04:18 No comments: