Monsters in the Night 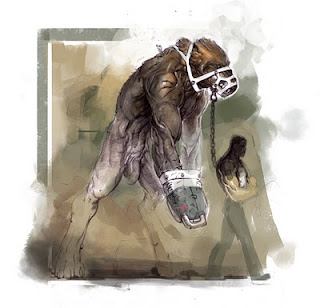 The night was warm and windless, and the woodland seemed to hold its breath. There were, he knew, other monsters abroad in that year of the Twenty-first Century. The vampire still survived, subtler and deadlier, protected by man's incredulity. And he himself was not the only lycanthrope: his brothers and sisters ranged unchallenged, preferring the darker urban jungles, while he, being country-bred, still kept the ancient ways. Moreover, there were monsters unknown as yet to myth and superstition. But these too were mostly haunters of cities. He had no wish to meet any of them. And of such meeting, surely, there was small likelihood.

Now there is a Cyberpunk 2020 game I'd like to play, courtesy of Clark Ashton Smith: the PCs are classic monsters in a near-future world where it is no longer safe to be a monster.  Where classic monsters are nearly "obsolete" and harder, faster, shinier new monsters roam the streets.