I saw the following Lego knockoff in a toy store full of cheap knockoffs.  Needless to say, it raised a few questions for me: 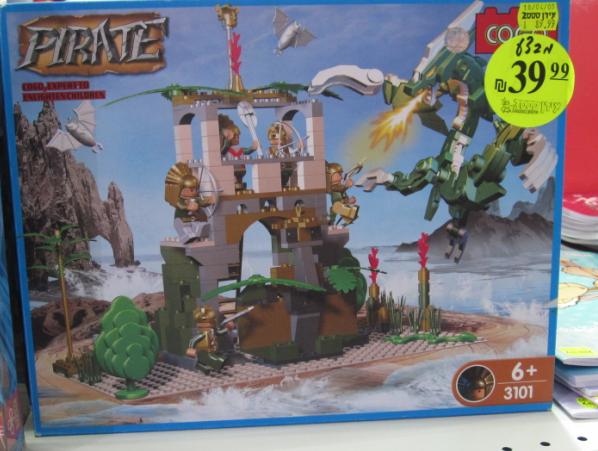 
OK, this is what a Lego pirate looks like.  Pirate hat, peg-leg, maybe a musket or sabre. 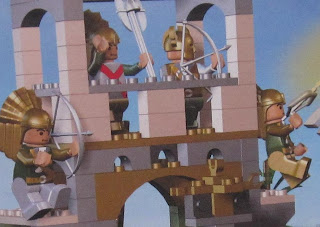 Now this is what the dudes in the picture look like.  The helmets are like Flash Gordan meets Late Roman or something.  Plus they all have silver bows and crossbows, except the leader who wields a silver battle axe.  Not to mention the fact that they're fighting a Robo-Dragon, aided by the friendly Metallo-Bats.


2. How did this happen?!
I guess that only a designer for a cheap knockoff brand operates under such a complete lack of oversight that they can get away with something so amazing.

Or the marketing department vetoed the new Space Opera brand at the last minute, after production already began.


3. How is Lego still in business when the competition is producing stuff this awesome?!

Email ThisBlogThis!Share to TwitterShare to FacebookShare to Pinterest
Labels: Lego