Tales of Blood and Glory: The Girl Who Loved Tom Gordon 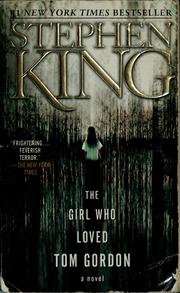 Published in 1999, this Stephen King horror tale follows a young girl who get's lost in the woods during a family outing.  As her health deteriorates and she gets further from rescue, she finds she is being stalked by an alien intelligence.

Trisha has a lot of time to think out in the woods.  Her ruminations touch on a number of themes:
Some of these passages are quite well done, especially Trisha's interactions with her father and with Tom Gordon.  In my mind, they really show King's talent as a writer and really made the book enjoyable.

The book contains decent Horror.  Unlike Eyes of the Dragon, "Girl" is actually scary.  My favorite scene was the very evocative one with the three priests.  Also, there are many good scenes where Trisha senses something watching her, just out of view, just past the tree-line.

There are hints of Lovecraftian Horror, of "A certain atmosphere of breathless and unexplainable dread of outer, unknown forces".  For example, the statement at the start of the book, several times repeated:


"The world had teeth and it could bite you with them anytime it wanted.  Trisha McFarland discovered this when she was nine years old."

At the same time, the horror is dulled by the repeated statement that "it's God's nature to come on in the bottom of the ninth", which seems to foreshadow an eventual Deus Ex Machina.  This may be intentional due to the child protagonist, as King seems to be reluctant to take his horror "too-far".  For example, he supposedly delayed publishing Pet Sematary for this reason.

The difference is clear when compared to Algernon Blackwood's The Wendigo. Both stories build their horror on the theme of the Great Unknown that exists in depths of the Natural World.  But while Trisha is saved by her faith in God and her Hero, the expedition's survivors' escape is much more tentative: the Wendigo has not called them yet for it's own inscrutable reasons.  King's story is more uplifting, but Blackwood's is more compelling Horror.