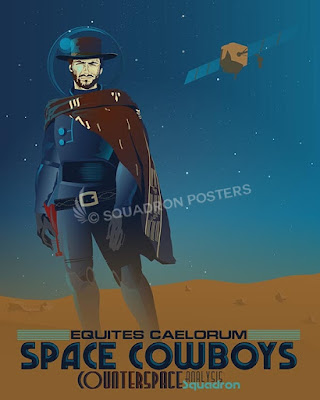 So, after about 8 months, we're picking-up our Star Wars-Cyberpunk 2020 mashup off from where it left off. 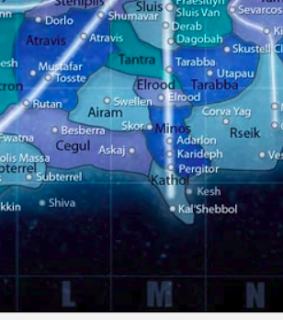 Hanging out on Myloc IV, the party ran into their friend Deeberjay from Session 3. They were also in need of a new pilot and a hyperdrive techie, so they picked up two Human crew members. They decided to follow up the First Order-related lead about the Yoberra from last session:

Yoberra- find them and report on them. Can they be used to our advantage? An academic knows how to reach them(Emiel Skoff, Darakin University, Dorcin, Dorkin System, Minos Cluster)


The party didn't have a hyperlane to Minos in their Nav Computer, but Deeberjay suggested they they could find one on Skor II. The party made a direct jump to Squab from Myloc, avoiding mishaps with a sufficiently high check by Malcolm.

Once on planet, Deeberjay managed to use his hacking skills to find data on the lane from Squab to Yelsain. He also found some papers published by Professor Skoff. He couldn't find a sector map of Minos though.

Art, Deeberjay, and Jonah went to a trading post in hope of obtaining a map. When the busy attendant asked for 200 credits, Jonah shot him in the knee and grabbed the data cube. Chaos ensued and the trio made their way quickly back to the space port. While trying to figure out how to get past the checkpoint, Art was pulled into an alley by a shady-looking Squib who offered to take him to "Naked Squib Ladies". Jonah shot him in the head and Art smeared the blood onto Jonah to make him appear injured. They trio talked their way past the checkpoint and the party took off in their salvaged Lambda Shuttle.

The party jumped to Yelsain, Travin, Adarlon, then Dorkin, mostly avoiding distractions on the way, except from some bizarre dispatches to a Pergator Freighter.

They ignored a small space yacht loitering in the area and landed on the moon with the University. They took a train to the Xenobiology deparment, and threatened a droid into taking them to the professor.


The party began interrogating the Professor about the Yoberra. He denied any involvement with the First Order. He told them that the Yoberra are Force sensitive in a way utterly unique in the known Galaxy. He referred them to his papers, discouraging from disrupting a sensitive primitive culture. When Jonah threatened him, he agreed to give them the coordinates of Yoberra system.