Hey, we got together for another session of Star Wars 2020! So here's what happened...

First, the party got to add two skill points, due to their past successes.

In session 4, the party was left with a decapitated Knight of Ren and his super rad stealth ship. They started by investigating the ship:

The party gave the Knight a Burial in Space and landed at the Nharwaak spaceport. There were plenty of Nharwaaks(here since the days of the Zygerrian Empire) and their slaves. The party worked out a shady deal with a local ship dealer. They gave him this shady ship in exchange for a shady(semi-illegal) 1/2 speed hyperdrive! They sold their hyperdrive and were 10,000 credits in the money!

They heard a rumor in a bar about the Nharwaak leader:


"President Tolmaak has a basement collection of Empire military paraphernalia"

Art creeped out the bar patron with the rumor, talking about bombing the president or looking for a data cube hacker. When the man fled, he force jumped to catch him, but rolled a 1, landing squarely on the terrified drunkard, who began to yell. Art left before security could arrive.

The party visited the Presidential Palace to attempt to sell their extra 4 Stormtrooper Armors. They told the concierge that they were art dealers and she made them an appointment for the next day with a member of the presidential staff. 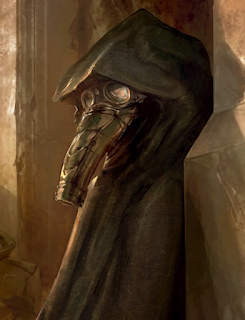 In the meantime, the party jetted over to Habeen territory where the Knight had sent a message. They found a remote farm, looking to have fallen into disuse. They captured a spy, and killed another(narrowly missing being on the wrong end of a thermal detonator). They weren't able to get much info out of the First Order fanatic, but his communications equipment had the message from the Knight.


"This is Miro Sen. I'm being boarded. Will be in touch after I dispatch the pirate scum."

They also found that the spies had been in touch with someone in the Habeen capital, as well as with starships registered to Nodgra System.

As they left, squib scavengers landed and began to loot the place.

Back in Narwaak territory, the party had an embarrassing interview with the Presidential Staff, who assured them there was no truth in the rumor. They were escorted out by security. 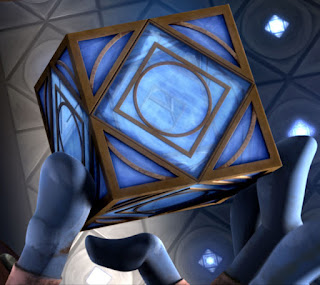 A merchant who heard about the episode offered to buy the armor. The party even got him to show them to a computer expert. When he failed to decrypt the cube, he brought them to an encryption expert who succeed eventually. The party now had Miro Sen's missions from Master Snoke himself: