Another Alternate XP System for CP2020

So I'm happy with how the Alternate XP System for Cyberpunk 2020 turned out. It's simple, elegant, and intuitive. I did have to put a bit of thought into how to keep players from abusing the system with extraneous skill checks, but it didn't complicate things too badly.

But then I had another alternative idea for a similar system, which is a little bit simpler. I'm not sure which system I prefer--I think I'd like to try this one out first and see how it works in practice...


Every time you succeed in a skill check by rolling exactly the minimum number you needed for success, you improve 1 point in that skill. 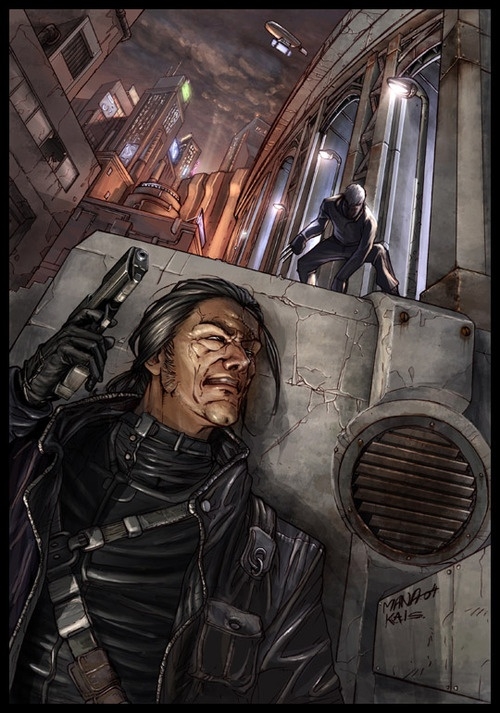 This rule only applies for real, challenging applications of a skill, not practice or low-difficulty activities. For example:

The guard's partner get's the jump on Mad Dog, grappling with him. Mad Dog draws his knife and attempts to stab the guard. The partner rolled a 2+5+2=9 on his Dodge & Escape. Mad Dog has a knife skill of 9, so he rolls 1d10+6+9, so there's no way he'll roll exactly a 9, so the task is too easy for a blademaster of his talent to possibly gain a skill point from the encounter. That's fine--he may want an easy win. If, however, he wants a chance improve some skill, he should pick something more risky, like using his boxing skill of 1 to punch the guy. Then he'll roll 1d10+7+1 and if he gets a 1 on the d10 then he'll gain a skill point in boxing. These creates an interesting strategic trade-off between higher chance of success vs. improvement.

Later on, Mad Dog gets in a knife fight with a rival gang-leader. Mad Dog chooses to fight left-handed(-4) to challenge himself more, thus increasing his chances of improving his knife skill.

I like the simplicity of this system, but I have a few concerns. For one, I'm not crazy about the fact that a higher roll loses me the skill point. BUT, it's OK, I think. When I just barely make a roll, there is something more exciting/significant about that for me than if I make it by a lot.

I'm wondering if this is going to result in my players getting way too many skill points(1-2 on average per 2-3 hour session makes sense for me). I don't think it's going to be a problem, since at best they will have a 1 in 10 chance of success per skill test, but I'd like to see how it goes in an actual play test.

I'm also worried that players will get too caught-up in trying to gain skill points and will lose focus on the game. This might also be a reason to cap the number of points you can gain per session, so that players can focus on in-character concerns once they've earned their skill point for the session...
Posted by Billy at 13:43