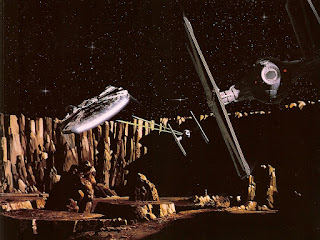 So we covered ship combat briefly in a previous post, but now that the party has had a few space battles, let's give some more details.

Turn order of the different ships is determined at beginning of combat. Each ship's Pilot rolls initiative as 1d10+REF+Pilot Skill

Each ship has a maximum speed measured in MGLT. This is roughly how many Meters per Second the ship travels, so each round, ships can travel their MGLT speed x3 meters

We'll be talking about the size of things a lot, especially in regard to how hard it is to hit. Here are the general size classes: 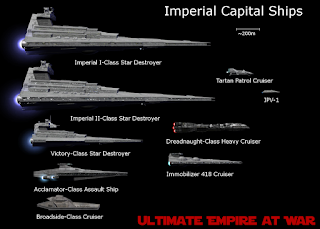 If ships are at long range, they can easily get a missile lock on one another.

If ships are at close range, dogfighting, roll your pilot skill 1d10+REF+Pilot Skill to see if you can manage to get a missile lock. Your opponent makes an opposing skill roll to see if he can avoid giving you a lock. If he succeeds, you wasted your turn trying to get a lock.

The pilot is going to have to do some fancy flying to avoid the missile. Roll 1d10+REF+Pilot Skill. 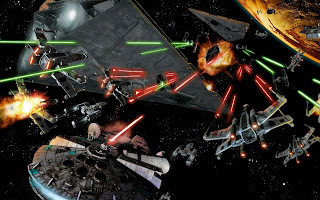 If ships are engaged in a dogfight then they can attempt to shoot one another. To fire, the pilot should roll 1d10+REF+Pilot Skill for each gun

If ships are engaged in a dogfight then they can attempt to shoot one another. To fire, the gunner should roll 1d10+REF+Turret Gunner skill 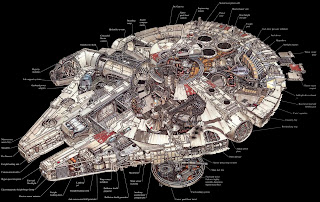