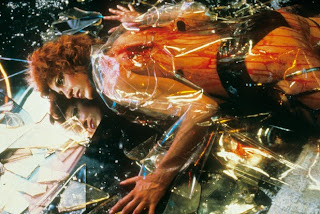 Speaking of PC death, players generally don't want their characters to die.  But why is that?  I'd like to divide the reasons into two categories.


Immersive reasons that I don't want my PC to die are due to the inherent nature of Role-Playing.  As a player in a RPG, I become emotionally invested in my character, an adventure, or the game-world.  Some examples of Immersive Reasons are:


External reasons that I don't want my PC to die are not inherent to the act of Role-Playing.  These can be Systemic i.e. caused by the way a particular RPG system is set-up.  They can also be quite personal.  Some examples of External Reasons are:

So to a certain degree, you can reduce External Reasons for Player Caution with changes to the game system.  DCC reduces creation effort with it's host of PC generators.  The Polish Resistance game I ran had slow/limited character advancement.  However, the effect of these sorts of changes on player psychology is limited.  Also, there may be factors other than player caution that supersede these considerations, such as wanting to use a familiar system, or players who want room for considerable advancement.

So the more holistic solution to this problem is behavioural.  Players should try to focus on becoming immersed in the game and try not to consider External Reasons that they want their PCs to survive.  This may be difficult since it requires a certain degree of self-awareness.  At the same time, I'm not the first one to say "don't be a Powergamer" or "you're Metagaming".

So to all my fellow players out, don't forget: