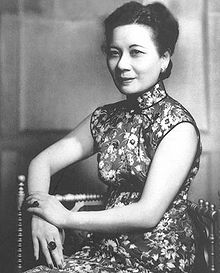 Madame Ling runs an Opium den out of a shambling campus of interconnected, run-down buildings/apartments, buried in a local slum.  Her customers include, soldiers, civilians, and even public figures intent on keeping their patronage secret.


Madame ling is a mysterious personality with much insight into human nature.  In addition to her normal services, she is willing to offer special concoctions to customers with the need and means to pay for them.

For the type of concoction, use these tables, based on noisms' wonderful tables here, but modified for a modern CP2020 setting.

Roll a d8 to determine the poppy's color:

Roll a d4 to determine the type of drug which the poppy can be used to produce:

Roll a d6 to determine the primary means of ingestion:

Roll a d4 to determine the specific effects:

1 - The smoker's consciousness leaves his body, and his spirit may travel through the spirit world to spy on goings-on elsewhere. Equivalent to the wizard spell clairvoyance.
2 - The smoker's consciousness leaves his body and he gains the ability to communicate with the Elephant God. He may ask three questions of the deity, which it is said will tell the truth five times out of ten, tell a lie four times out of ten, and refuse to answer once. Once all three questions have been asked the smoker enters a fugue state for the remaining duration.
3 - The smoker forgets the last 1d10 hours completely
4 - The smoker trains with the originator of an obscure martial art in the spirit realm.  Now has a skill level of 8 in it.

Addictiveness is a function of potency. Roll a d20 to determine potency. There is a flat 20% of addiction on first taking a dose of a poppy, + potency score. (Thus, there is a 34% chance of becoming addicted to a poppies with a potency of 14.) On a successful Resist Poison of difficulty 20, this is halved. The second time a dose of the poppy is taken 10% is added to the chance of addiction, and for every additional dose thereafter.

An addicted character must have a dose of the poppy every day from that point on, or suffer -1 to all stats that day, and -1 cumulatively for each day thereafter. If any stat reaches 0, the character dies. After 2d6 days, if the character is still alive, the addiction breaks.

Cost per dosage is generally 10 units of currency per point of potency.