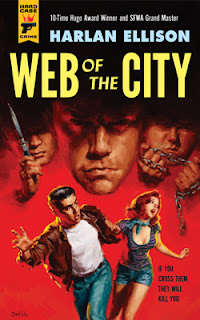 Session 7 was a very investigative session, not much combat.  Mostly the players interacted with various factions in the city and started to learn about some of the politics and intrigue going on.  Shmengy had his own business to attend to(his player had twins yesterday!) so it was just Andre and Leora, making friends and enemies in the city of Sandomierz.

Going into the session I had no idea which way it would go.  Would the party start doing missions for the Russian Army?  Would they keep working independently, capturing more war equipment to sell to the Russians?  Would they look into the strange happenings in the Old Town? Would they get caught-up in some randomly-generated hook?


Session 7 started where Session 6 left off in the afternoon of August 31, 1944: with the party talking to Chief Quartermaster Yuri Leonov, who had just given them a civilian car as a reward for the captured armor they brought-in.  They planned to meet with Field Marshal Vladimir Yurlovich in the morning, so they decided to seek out an inn in the Old Town near where they would need to meet the Field Marshal.  They also wanted to check at the local telegram office in the morning to see if Andre's cousin might have managed to get a message through to there.

In the inn, they quickly found out that the Old Towners were wary of outsiders(but willing to take their money).  They managed to learn that outsiders occasionally disappear in the Old Town.

This gave them cold feet about the inn and they decided to seek out Waldemar Lubomir in the newer part of town.  Waldemar was heartbroken to hear that his fiance was dead, but he did his best to support his fellow resistance members.  He put them up for the night and gave them information:

In the morning, the party returned to the Inn for breakfast and information.  They learned that the Old Towners have strange burial traditions and don't like outsiders asking about their basements.  The tavern wench Ludmilla agreed to show them her basement(with it's special burial crypt) for money during her afternoon break.

They then went to the Town Hall to meet the Russian commander.  They were shown to a waiting room full of Russian officers and Polish officials waiting for appointments with the Field Marshall.  After two hours of waiting and being unable to get the Aide to admit them(though he assured them they need only wait a little longer) the party left to meet Ludmilla.  She:
The party searched for funeral notices at the local churches and found two.  They decided to break into those house's basements tonight.

They returned to the inn to rest, but the owner told them he didn't have rooms for curious outsiders anymore.  Andre refused to leave, so the police were summoned and arrested them.  A sergeant warned the party that they mustn't incite the Old Towners and that if he caught them doing so again he would throw them in Jail.  He wasn't an Old-Towner himself, but apparently the police have a de facto agreement with the Old Towners that outsiders are not permitted to investigate their rituals.  He also said that if the Russian Command gave them a letter giving them permission to go-on with their investigations, then the police would have no choice but to respect it.

Andre was getting fed-up with all the different factions in the city giving him the run-around, and decided to try and solve things with his fists.  He knocked-out the sergeant, returned to the Inn in uniform, claiming to have been deputized, arrested the Innkeeper, brought him back to the interrogation room, knocked him out too, and then dressed him in the Sergeant's uniform!  The party then returned to the Inn, entering without anyone seeing, and slept undisturbed until nightfall.

When the party left at nightfall, the innkeeper was being tended on a couch, apparently by his wife.  He was surprised to see them there and cursed them as they were leaving.

The party broke into one of the basements of the houses for which a death notice was posted.  They spent an uneventful night there, finding nothing unusual in the basement or with the recently deceased body.  The session ended there, on the morning of Sept 1, 1944.

They planned that next session they will spend another night in another basement, in the hope of finding a more interesting one.  But first they wanted to try speaking to the Russian Field Marshall.
Posted by Nadav at 23:08