Thrill of the Chase 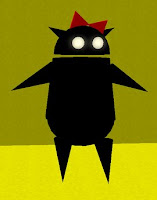 In a recent episode of Zero Punctutaion, Yahtzee criticizes "Silent Hill: Downpour" complaining that it is a Survival-Horror game but is not scary.  He gives two reasons for this:
Now, I've already made some suggestions how to make an RPG session scary in a previous post, but I'd like to examine these two issues Yahtzee raises in better detail.

As Daniel Obrien points out


"What's the point in every monster movie where it starts to lose the scary?  When they finally actually show you the monster full-on!"

The fear is greatest during the build-up, when the threat is unknown.

In addition, running away from such an unknown threat, increases the effect dramatically.  As soon as players make the decision to fight rather than flee, the fear-factor is reduced.

"So how do I make the players to flee?" you might ask.  You don't--the decision to fight or flee should be up to the players.  Nevertheless, in many gaming circles, fighting is the default option players consider.  With a little bit of preparation, though, the DM can provoke the party to at least consider the option of flight:

Even if the players decide to face the danger head-on, the mood has been set and they'll be at their most fearful/cautious.

If and when the PCs finally do encounter the monster(s) face-to-face, you don't want it to be a disappointment.  They should live-up to the aura of fear surrounding them as much as possible.  There are two basic approaches to this:

This is really a continuation of the build-up in the chase sequence: even once the players encounter the monster, it remains alien, poorly-understood.   There are a number of techniques to accomplish this:

Another point made in the video linked above is making the monster repulsive.  It should really make the players/characters uncomfortable.  Some ideas: