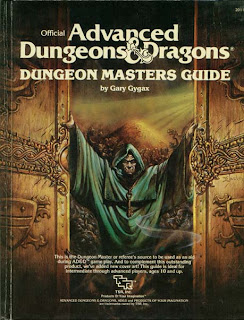 The role of DM is not just that of referee, but to create an atmosphere which will draw the players into the game. This is especially important for DnD, which can often turn into a bland exercise in rules and die-rolls. Many a DM has found himself with an every-shrinking player-base as players get worn out or lose interest.

This is hard to to well and easy to do poorly. One of the major pitfalls in trying to create this atmosphere is for the DM to become a heavy-handed story teller, rather than letting the players dictate the course of the game. This often has the opposite effect than the one desired, making the game less engaging for players, rather than more.

So here are a few approaches to creating a game atmosphere which will draw players in:

The thirst for knowledge is a powerful emotion and all exploration-based adventures are built around it. Some methods of piquing curiosity are:

Fear is another powerful emotion which is easily lost in the plethora of rules and die rolls. It can add a lot of interest and player commitment to an adventure, though you need to counter-balance it with promise of riches, reward, etc. Fear of the Unknown is a big factor in this:

It's still a game right? Isn't that what games are about? Having fun? This factor is perhaps the most variable, depending on your players. One players' fun is anther's tedium. In any case: