The investigators took a long rest after wrapping up their 1923 adventure in the Yucatan in Session 3.


We return to them in late 1924, when they receive a telegram from Elias:

The investigators agreed to meet-up on the morning of January 15 in the Lobby of the Waldorf Astoria. Until then, their researches turned up a number of clues regarding the Carlyle Expedition: 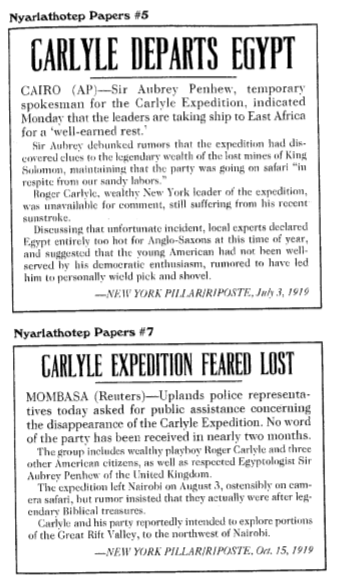 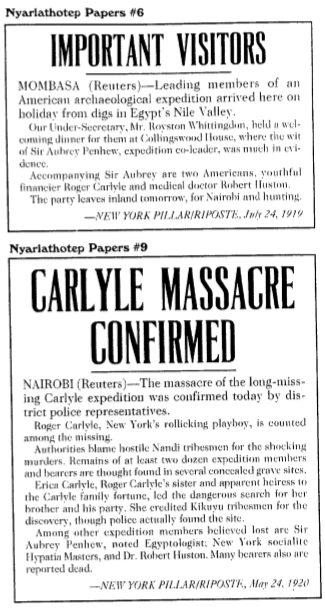 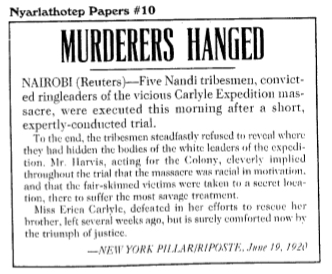 They were suspicious about the rapid apprehension and execution of the suspects. They managed to contact and receive a telegram from one Lt. Montgomery of the Africa Rifles who confirmed the gory details of the expedition and praised the speedy justice that was had.

The party met up successfully at the planned time. Denato managed to contact Mr. Bradley Grey, close friend and confidante of Erica Carlyle, who suggested that they meet for drinks the following day at the Hotel Crowley. 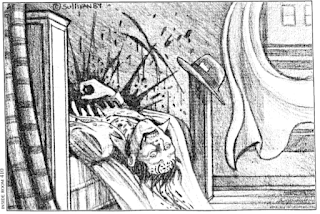 That evening, the investigators converged on the Chelsea Hotel to meet Elias. After failing to rouse him, they found a maid to open the door. The unfortunate lady immediately had her throat slashed by one of the cultists ransacking the place, after having murdered Jackson Elias. The investigators managed to kill two of the assailants and capture a third. Before he passed out he warned them "The Bloody Tongue will get you!"

They collected a number of clues at the scene: 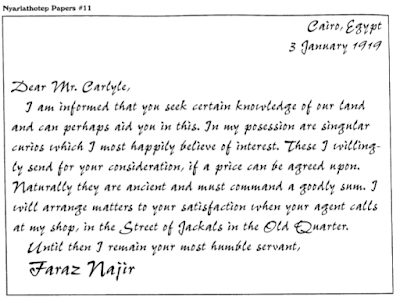 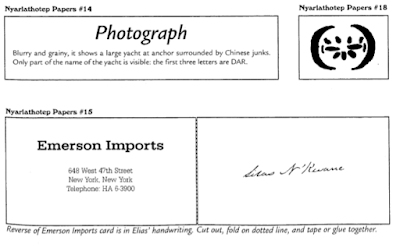 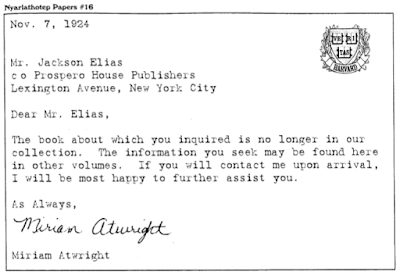 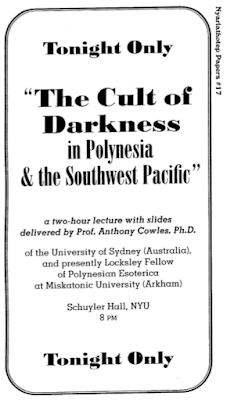 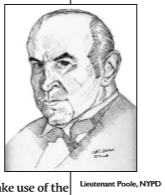 The party were interviewed briefly by police Lt. Poole and gave him their contact info in case he wishes to further question them. They also found a car idling nearby and recorded the license plate number. After leaving the scene they followed up on the NYU lecture handbill, but found out that it took place about a month in the past.

At that point they called it a night.