This edition of "Tales of Blood and Glory" is a double header, with two pieces of short horror fiction: William Gibson's rejected Alien 3 script, and Michael Chabon's Lovecraftian tale "The God of Dark Laughter". 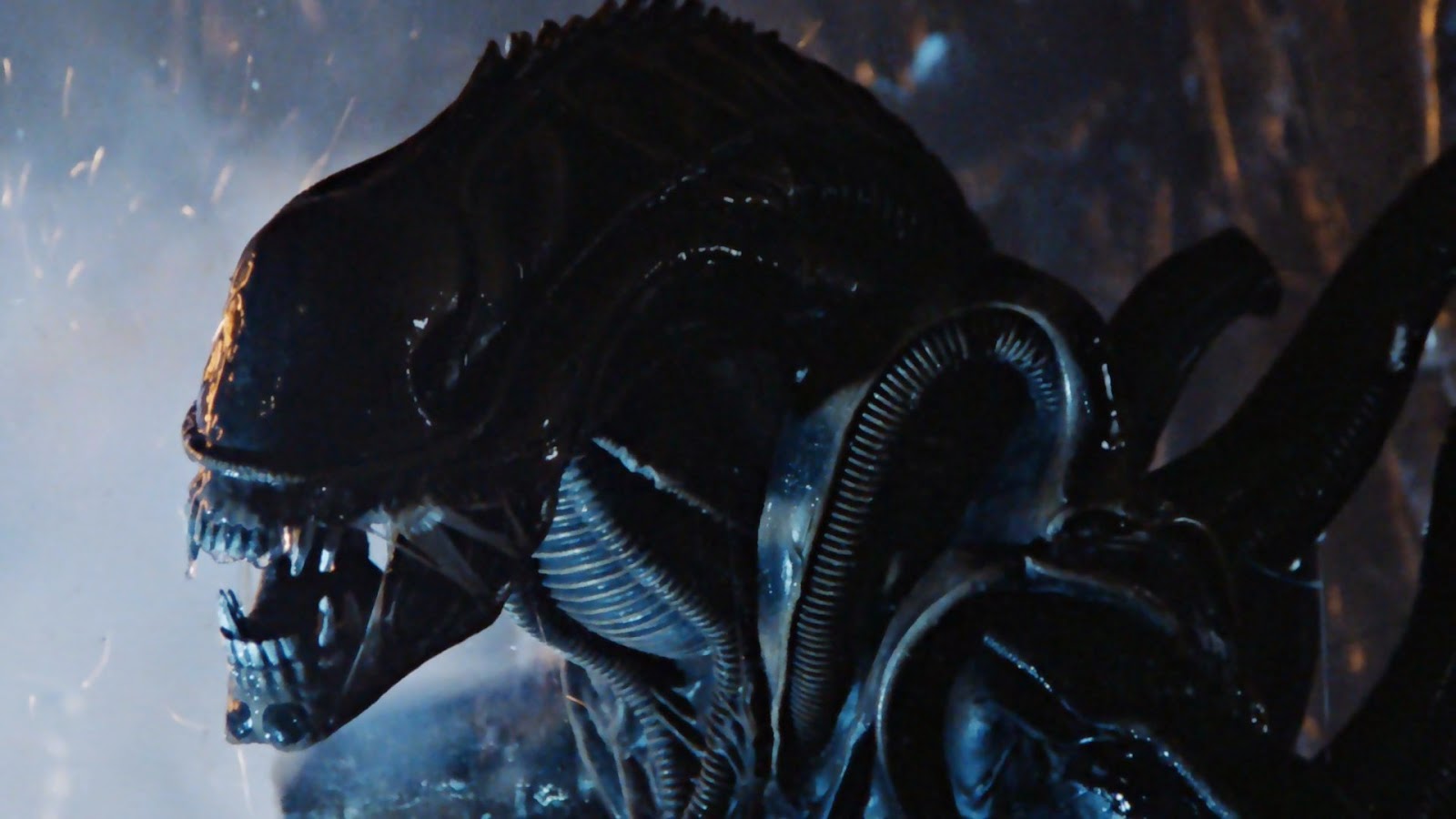 Regarding Gibson's entry, I found the script to be a surprisingly easy read, as compared to other scripts and plays I've read. As for the story itself, in addition to the aliens themselves, which I personally find terrifying, there is a good deal of subtle horror craftsmanship worth taking note of.

One instance of this is the Cold War between the two Human alliances(an interesting twist on Gibson's "Red Star, Winter Orbit"). The message is that, for all the characters' concerns with Human politics and bureaucracy, these problems are dwarfed by the uncontainable destruction and virility of the Aliens. This is spelled out explicitly in the dialog between Hicks and Bishop in the final scene.

You can't, Hicks. This goes far beyond mere interspecies competition. These creatures are to biological life what antimatter is to matter. 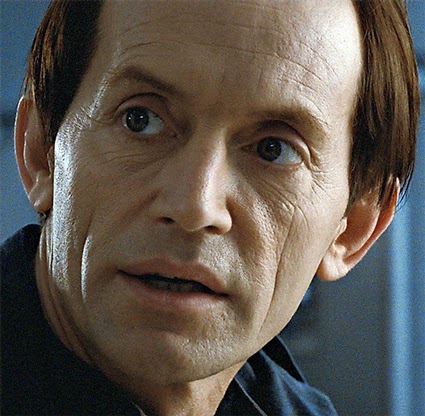 Another point is the centrality of the android Bishop in combating the aliens. Gibson repeatedly emphasizes Bishop's inhuman movement and thought, mentioning his "robotic tic", the "certain effortless regularity evident" to his run, not to mention his emotionless reactions to the horrific, and his inability to understand human logic, like Hicks decided to save Ripley.

At the same time, Bishop is the hero of the film. While the Humans are trying, at best, to survive, Bishop kills a ton of aliens, sets the station's core to melt down, and ultimately saves the last few survivors with his "robotic accuracy, the rifle pivoting like the barrel of an automated gun turret." Compare this with the Humans who spend their time complaining about political ramifications, whose big counterattack ends up ruining the station's air supply, and who die in droves. Even Rosetti's big epiphany is immediately followed by his horrific death, rendering it moot. The point is that Humans aren't the real actors in this conflict. They are ultimately upstaged by those two superior forces-- the aliens and the androids.

In short, this script has the classic Lovecraftian theme of impotent Humanity at the mercy of powerful cosmic forces against which they can only score the most Pyrrhic of victories.

The God of Dark Laughter

Now on to Michael Chabon's story from the New Yorker. Here we have a classic Lovecraftian structure, with and investigator who comes to a horrible revelation. The twist is that the narrator is a Hardboiled-detective-type, so the story blends the two genres of Hardboiled and Horror.

Anyway we have some great technical Horror work here. First there's the rather macabre descriptions of the boys and Detective Ganz to set the mood. Then, as more and more is revealed, Chabon still manages to convey a feeling while leaving the gristliest details up to the reader's imagination, in one place explicitly so:

"I took enough of a peek beneath it to provide me with everything that I or the reader could possibly need to know about the condition of the head—I will never forget the sight of that monstrous, fleshless grin"


There's also this great thing Chabon does with the narrator knowing he's being watched.

I did not then, nor do I now, believe in ghosts, but as the sun dipped down behind the tops of the trees, lengthening the long shadows encompassing me, I became aware of an irresistible feeling that somebody was watching me...

Chabon continues to sell the hell out of this scene and ultimately the narrator's hunch is proven right, though it wasn't the inhuman horror he had imagined. That said, this tense scene comes back to haunt us later, when Detective Satterlee is all alone, poring over forbidden tomes, when again he senses a presence observing him--really scary stuff!

In short, a great little horror story in the Weird tradition. And once again, I'm finding that I really like Chabon's short fiction.
Posted by Billy at 13:17