Setup for a 1-Shot Horror Game(take 2)

Well, I still haven't had the chance to run this, but I hopefully should soon. In the mean-time, I decided to run it with Swashbucklers & Seamonsters, so I've re-skinned it as appropriate.

You are Basque pirates, on leave for the Winter, visiting the village of Esquiule in Basque Country during the Semana de la Blusa garlic festival.

When was the last time we were all together? And in our home town of Esquiule, with all our friends and loved ones, and all the ale we could drink?

You are all childhood friends, who are on the high seas during the warmer months, seeking your fortunes in the wide world. Now, after a particularly difficult season, you are all back, starting your Winter-leave early to make the week-long Semana de la Blusa festival, held once every 8 years at the end of Summer. 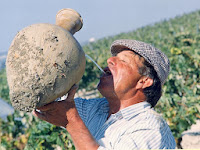 Well, you were all out drinking together, dodging the throngs of garlic-string-wearing visitors, enjoying your 4th or 5th jug of local wine, when the conversation turned to less festive matters. While all of you have been moderately successful since leaving your home-town  none of you really met with the fame and fortune you had been hoping for.

After much lamenting over broken dreams and failed aspirations, an idea emerges. A plan whose persistence will not fade with the morning's hangover. Of course the local Yokels mustn't hear of it--you grew-up here, you know how superstitious people can get out here in Basque Country. You chaps, on the other hand, are much too worldly to allow such folk tales to deter you. If you can just quietly gather some of the more open-minded youths then your little expedition can slip-out unnoticed during the revelry and re-appear before the end of the festival with riches in tow...

The adventure ends when one of the following has occurred: 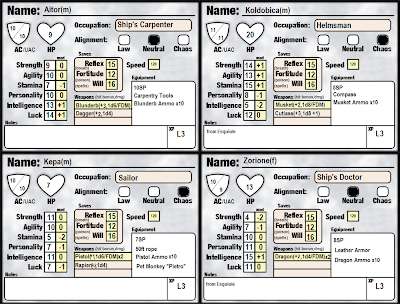