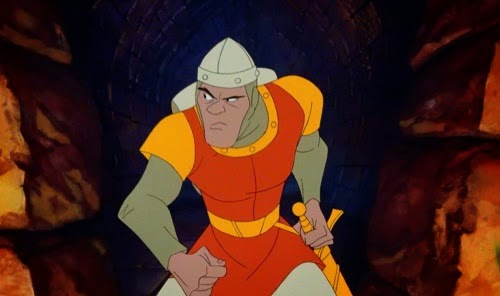 Wow, Dragon's Lair--that was a nasty, unforgiving game. But it has so many trap ideas(despite all the sections repeated in reverse)! Funny how the sequel(8 years later in 1991) was less trap-based. I wonder if this represented a change in how people thought of dungeons i.e. more combat based, rather than trap-based.