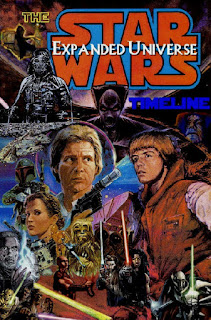 One of the reasons it's been so easy to run a Star Wars Open Sandbox game is that there is so much material available on the Star Wars Universe. This is thanks to the Expanded Universe(now called Legends).

Since the first film was released in 1977, LucasFilm has produced numerous films, novels,  comics, books, computer games, and role playing games, with the requirement that the setting for these works be internally consistent. The result of this coordinated, multi-decade project is a fictional world comprising an entire galaxy of inhabited worlds, it's millennia-long history, and detailed descriptions of significant personages and technology. This provides a wealth of material for contemporary creators to build off of.

This is important for running a sandbox game pen and paper RPG. In a sandbox RPG, the Game Master has no idea what is going to happen in a session. The players' choices during a given session are ultimately what determines the direction of the action. The GM's job is to respond to those player choices in a way that is consistent with the game world, as well as just generally bringing the world to life for the players. As such, the GM needs a really strong grasp of the game world, it's current events, and each NPC's motivations. Being able to build off a deeply developed world, be it real or imaginary, helps the DM bring his own game world to life. 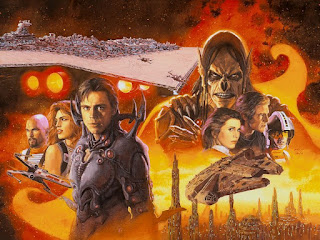 My WWII sandbox game All Zombies: Polish Resistance, had a similar benefit since there is tons of information about World War II Europe. Wikipedia and Google Maps provided most of the background for the game world and as GM I just had to choose a specific location, create NPCs, stat up weapons, and come up with the specifics of local events.

The process for a Star Wars game has been remarkably similar. I've gotten 90% of the background material from Wookiepedia, plus some of the local details from Tramp Freighters.

But recently I got stuck. The party has been looking to acquire a large merchant freighter, and while Star Wars wiki has articles on a number of them, these articles have minimal content and no gameable stats. This makes sense since the various official Star Wars games generally have you interacting with military ships, not boring old freighters.  As GM I could just make up some quick and dirty ship stats, but I'd rather use something with a bit more basis. 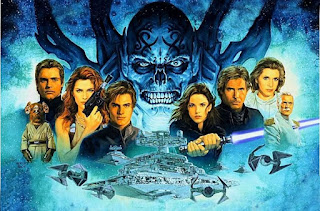 So I was feeling pretty stuck until I stumbled upon this list of complete stats for Star Wars Heavy Freighters.

What is this wonderful site, you may ask? It is a free, community-driven Star Wars MMORP with player-created content. That's right, where the Expanded Universe leaves off, StarWarsCombine picks up in order to provide a fully gameable Galaxy Far Far Away. Needless to say, this is a great resource for running a Star Wars Sandbox. In fact, I've already been using their Nav Computer tool for calculating hyperspace distances, without realizing what SWCombine was.

Needless to say, I'll be visiting the Combine again in the future for high quality Star Wars game content.
Posted by Billy at 10:34