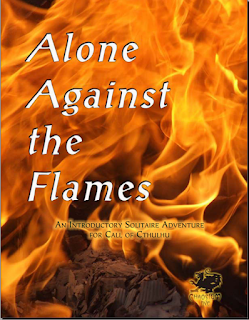 So, in March(I think) Chaosium released what's basically a free Fighting Fantasy-style book to promote the release of Call of Cthulhu 7th edition. It's been sitting on my hard drive for a while, but I finally found a few hours to play through it, so here's a review of that session.


Alone against the flames is a 64 page pdf solo adventure to help you learn you CoC 7e. It's pretty quick to get started--just download it for free, along with an "Investigator Sheet" and the "CoC Quick Starter Rules".

As for the former, I was a bit put-off that the character sheet is two pages. That said you never use the second page and you're walked through filling out the first page step-by-step so it's actually the simplest new RPG I've gone through the process of learning in recent years. That said, no dice were used in creating the character, which was a big disappointment for me. Also, it could have used a more varied choice of careers.

As for the "Quick Start Rules", I groaned when I saw this 48-page document, but actually I only ended-up skimming the two pages on combat that it referred me to when that become relevant.  So AATF really succeeds in throwing you right into the game without making you read tons of material first. 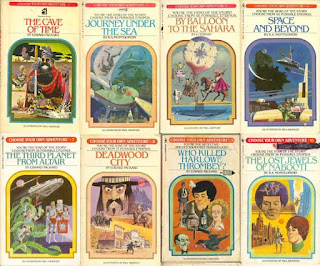 So, as I mentioned before, the format is Fighting Fantasy(disclosure--I've never played a Fighting Fantasy game book before). Basically it's a "Choose Your Own Adventure" plus a character sheet.

I only played through the adventure once(over a few hours) but there are a total of 270 entries and, I'm guessing, probably half a dozen different endings(I got one where my character dies, but at least I survived till the climax and went out with a bang!)

It was quite fun and I intend to create another character and have another go at it!

So playing this adventure was very different than playing a DnD sandbox or even a published adventure. It become clear very early on that we're in a classic horror story plot arc and, of course, these things have rules. In this case, the rules are taken from the story's two major sources of inspiration:


For instance, the game offers to let you try walking to the next town in broad daylight. Now it was fairly clear to me that the only way I was walking out of this town is at night, with mobs of cultists chasing me Innsmouth-style. But at some point, after maybe the third time they gave me the option, I went for it. I immediately failed my outdoorsmanship skill check and it became clear that if I didn't turn back the adventure would probably end there, so I did.

Or when I met the old man, similar to the character from Innsmouth, it was clear that I had a potential ally in this outcast.

Or when you meet the town's Mayor-- it's clear the guy is the cult leader and you had better play dumb. 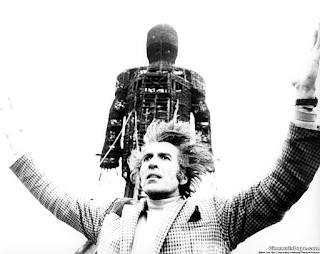 My point is, that in your typical sandbox adventure RPG, your imagination is the limit and you can chase whatever schemes your twisted little mind can come up with.

In a Horror Plot, on the other hand, it's more of a "game of chicken" with the "rules". It's a horror game so you know it's not going to let you run away too easy(as an aside, this provides an interesting solution to implementing the Naive Victim in gaming), but a the same time, if you wait too long to make your move, then you'll miss your chance. So you keep your eyes open and your ears pealed for any information that can help you and wait for the moment to try your luck and get away. It's quite fun, but it's a different sort of fun, and I suspect you have to be a horror fan to really get the maximum kick out of it...