It's time for another Session Summary... 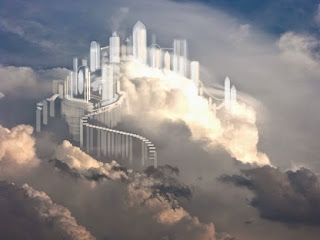 
Something about sabotaging a flying cultist castle so that other cultists can take over. Wait, we're working for the cultists now? Well, Rama's cool with that as long as he gets to destroy stuff. Kunab is probably too busy trying to cast his crazy DCC magic to realize what's going on...


So A's two bloodthirsty kids came up with a plan to set all the cloud-castle's respective factions at each other's throats. Those include:


So the party started-off with the stone giants who keep the castle maintained. They didn't like the cultists. The party convinced them that we're the nice cultists and it's the rest who are the assholes. We warned them to keep their eyes out for a cultist plot to topple the control-tower(now Kunab has something to do with his shatter spell)

The party went on to the Mad Wizards of Red Riding Woods. We sweet-talked them out of their feather-fall spell.

Then Pam broke into the castles pantry and poisoned the heck out of everything. But the lock broke on the way out--better get out of here before anyone places us at the scene of the crime!

We met some very cheeky kobolds, but since they're the ones who are supposed to cook-up the poisoned fare, we let them live. We did leave them with the lingering rumor that the giants plan to eat them.

At some point we accidentally knocked on Rezmier's door. The party had to think fast to avoid a confrontation. Despite his 18 Personality, Kunab rolled a natural 1 while trying to bluff. He had to think fast, so he started asking "Mistress" to "Punish Him". Things got weird fast. Rezmier and the Party's hasty parting was mutual. (Actually, the DM's mother walked by the table right when I was shouting "Mistress, punish me! PUNISH ME!" I almost lost the thread, but I managed to fight though it and stay IN CHARACTER!)

Finally we made it to an old rickety tower. Kunab decided to take it down wit
h a shatter spell, but ended up giving Wae Wae two arrows enchanted with Shatter instead(Isn't DCC magic just CRAAAAZY unpredictable, kids!?) Then Wae Wae and the Mannikin decided to climb up the tower and face the vampire and her minions all alone because REASONS! Ok, it was getting a bit late and my attention span was more on how to sneak some more jelly beans from A's kids without them noticing than infiltrating the least-blingy tower in the place!

That's where we called it a night folks, and what a night it was. Stay tuned for next time when Wae Wae and Frodo take on the Undying Ones alone and we find out the answer to the perennial question "What to do when half your party are Vampires?".
Posted by Billy at 00:32