The greatest of Literature is, by nature, Humanistic Literature. It teaches us something about the Human experience in a more visceral way than any cold-hearted essay could. It is the epitome of Human Culture, comprising, in the words of Matthew Arnold, "the best which has been thought and said in the world".

That said, there is a different type of Literature that conforms to this definition, yet which is the polar opposite of Humanistic. I am, of course, talking about those categories of Science Fiction that give us a window into other, non-human, modes of thought. 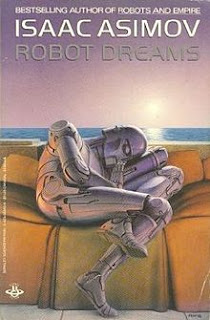 Asimov was one of the first to do this well with his robots and his many explorations of their Artificial Intelligence and it's implications. His robopsychologists must grapple with an intelligence created by Man, but ultimately different.

The Cyberpunk(and post-Cyberpunk) genre updated this approach with it's portrayal of vast AIs floating majestically through cyberspace. It also developed a literature of Post-Humanism, considering how the Human experience may change with the expansion and modification of the Brain,by means of computing and genetic engineering(consider Shiner's "Till Human Voices Wake Us". I'll just mention Ann Leckie's "Ancillar Justice" as a recent notable entry in this category genre. In Leckie's case, she imagines a new form of consciousness formed by the merging of AIs and post-Humans(I haven't gotten hold of Leckie's book yet, but I've heard that it takes-on the topic in a way that is both unique and compelling) 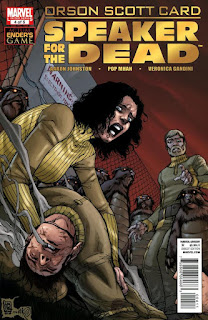 David Brin's long-running Uplift series considers yet another category, that of "Uplifted" animals, whose intelligence has been increased through a long-running program of applied genetics. Brin offers a compelling vision of these creatures(generally dolphins and apes) and their experience, intellectually comparable to Humans, and yet so utterly different. Brin's recent story "Aficionado" offered a good example of this literature.

Finally there are the stories that explore Aliens from deep space. This is perhaps the most difficult type of non-human intelligence to imagine, as it deals with things truly beyond the veil of Human experience. I can think of lots of examples, yet few of this that I felt really excel in their portrayals of intelligence that is truly alien to Human experience. Orson Scott Card's "Speaker for the Dead" does a pretty good job of this, with it's "Alien Anthropologists" exploring an alien culture(and finding their initial assumptions turned on their head in the book's climax.)


These different categories of Science Fiction dealing with non-human minds give us an entirely different perspective on our own situation. Suddenly, through the power of contrast, many of our traits are revealed to be distinctly Human, rather than universal. In this way, fiction blazes the trail ahead of Science itself, exploring other forms of intelligence and learning about ourselves in the process.

Answer: I don't know. I don't really read that many RPG products. Maybe in the comments, you could point out the examples you know about. That said, here is a short list of stuff that did make it onto my radar: