Primitivism and the Pulps

So, earlier this week my employer organized a company-wide outing, including a short tour of the Nachum Gutman(1898-1980) museum in Tel Aviv. Gutman is considered a pioneer of Israeli art, immigrating to Ottoman Palestine at a young age and growing up in the growing community of Jewish immigrants. He had a huge and lasting impression on the Israeli art world, then in it's infancy.

At one point in the tour, the curator introduced the area showing Gutman's stylistic break with the classic Betzalel style in favor of the Primitivist style that was popular in Europe at the time. She was quite apologetic on this point, emphasizing the colonialist mindset inherent within primitivism, and she quickly whisked us away to the next section of the exhibit(before any of us could get offended? After all that good wine?)

Now I'm sure it's true that European artists during the colonial period tended to have a Colonialist perspective. That said, I think there is a question of focus. Does one focus on the negative side of Primitivism, with it's 19th century biases, or does one focus on the part that we can relate to all too well. Ultimately, Gauguin considered himself a friend and ally of the Native Tahitians, though he expressed it with the naivete of a European living in the colonies. Thematically, Primitivism is just an early example of what so many other modern artistic movements have been about, looking to escape the angst of modern life and return to a simpler time. Heck, Cyberpunk, that area of genre fiction that's oh so popular with today's serious literary world, is a response to the same basic impulse of Primitivism, though it's answer is one not of escape but of adaption.

My point is, that we, as patrons of the arts, often choose to focus on the negative messages to be found in the classics. In doing so we pat ourselves on the back for being so bloody wonderful and enlightened, unlike the boorish clods of previous generations. We can choose to focus on that, or we can focus on the positive, focus on those eternal lessons contained within that made these works classics to begin with. 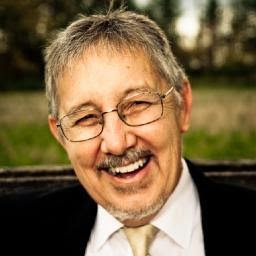 Ultimately, these two options are reflected in the two different schools of thought in the study of the Humanities. As the late, great D. G. Meyers once said in describing his own propensities:

“I, again, am a dinosaur in believing in Human Greatness and learning from those who are greater than we. It’s certainly what informed my teaching. I was stupid enough, or behind-hand enough, to believe that the writers I taught had something to say to us. Which is why we should study them. Not to expose the sins of racism and colonialism, but cause they’re wiser and, my God, smarter than we are.”


When we read Howard or Lovecraft or Burroughs, we often run across racism, white supremacism, ethnocentricsm, and a generally Colonialist mindset. It's undeniable. But if we allow our readings of those works to stop there, and we don't look at these authors' more worthy messages, on the value of bravery, of honor, of self-sacrifice, of the pain of Modern life, then it is, in fact, us that are ignorant and boorish, and infinitely poorer as a result.
Posted by Billy at 13:03