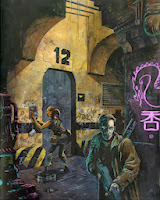 Oh, boy. You know when you've put a lot of time into a project and you just need like a few good hours of no distractions to go over everything and you'll have a completed first draft? And those few good hours just aren't happening? (I haven't had time to blog lately, much less edit/complete an adventure module)

Anyway, that's sort of where I'm at with KCK. But I still haven't stat-ed up the PC cybermods, so let's make it happen. The system, is old school DnD, with slight modifications for a Cyberpunk setting.

Note that this is a first draft, so ideas are welcome. 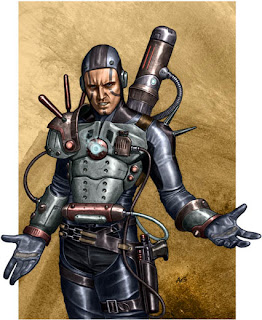