Playtesting. It's an important part of developing a game system or module. Until you playtest, everything is a priori--all your assumptions about how the game will play-out in practice are just that--assumptions. So fine, to playtest you run the game and make observations.

But playtesting effectively takes a lot of time. Getting a group together and then playing for several hours takes a lot of effort, and you're going to have to arrange quite a few of these to cover every part of your module and sufficiently playtest every mechanic. So unless you are a company with a full-time playtesting staff, you probably aren't going to be able to set up enough playtest games.

In the world of Software Quality, one of the techniques for dealing with the "too much material to test" problem is Concern-Based testing. The idea is that we identify the areas that are the most error-prone and focus a dis-proportionate amount of our testing resources there.

So how can I do this for my Game Artifact?

Well, in addition to running a single game with the Artifact, you can devise a number of much smaller, more focussed playtests, each addressing whatever concerns you identify in your Artifact. Here are some sample concerns with examples of how to playtest them:

Sections of the game that require Player Skill are always problematic. These include solving riddles and solving mysteries. The problem is that one groups will solve the problem in a minute, while another group will get hopelessly stuck and the DM will have to bail them out. And nobody likes it when the DM has to fudge and bail you out.

So for this concern, identify sections of your game which require player skill and try-out the riddle/mystery on a number of your friends. If too many people are getting stuck, you may want to make it easier or make sure there is an alternate route, albeit one that may require more time/combat.

Some parts of your game have too many "branches" to be properly covered by a single playtest game. These could be random tables, with many options that will not be rolled in a single game. It could be a complex map, which the party will pass through, most likely without stopping in every room.

So how do we playtest these? It may be an issue of proof-reading the table extra carefully, since you know it won't be covered by the playtest. It might be an issue of describing each and every room of the dungeon(or at least the more interesting ones) to some "players" and seeing how they react, without all the character generation and die rolls. 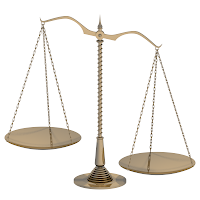 It's happened to me and to other DM's I know that you set-up this big difficult battle and then, much to your surprise, the PCs breeze right through it. And it's not because they came-up with some ingenious trick. It's simply that you mis-calculated(the conclusion of Shadows Over Bogenhaffen is a well-known example of this). The point is that, while I'm not for balancing every single battle, some of your battles you want to at least provide a challenge, and that can be hard to estimate without playtesting.

So, if there are any of those battles that you didn't reach in your playtest game, make sure and playtest them independently.

So you don't have to playtest every single encounter and trap in your game module. Assuming that you are using a tried and true game-system, you can generally rely that things are going to just "work". That isn't the case when you create some new mechanic. Maybe the king of the goblins challenges the PCs to a drinking contest which uses your own novel mechanic, or the PCs have to wrestle a bear in the arena to impress the Hetman's daughter, using your custom mechanics. The point is, that a single play-through is not going to properly test some new mechanic. It's worth running a number of drinking contests or bear fights to make sure that everything plays-out well.

Anyway, these are all just ideas. Next time you are playtesting your module, think about what concerns your playtest game doesn't address and make sure and playtest them separately.
Posted by Billy at 01:38