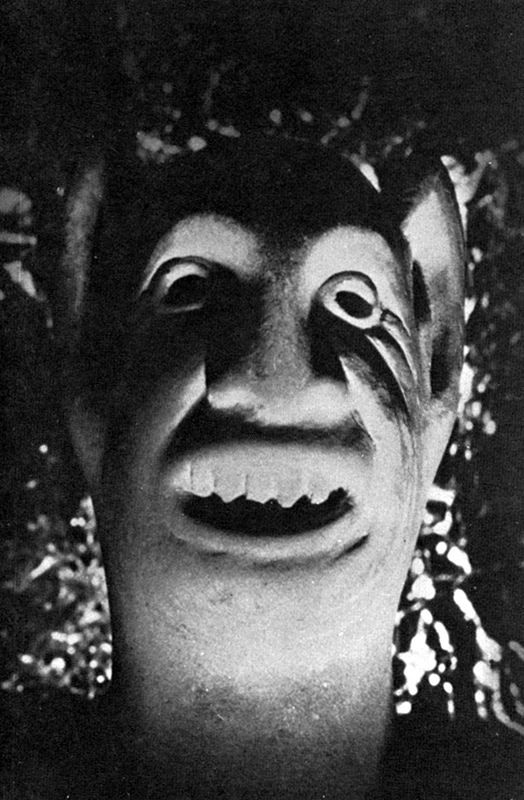 A dark vision of insanity over at the Black Gate.  Reminds me of William Gibson's Lovecraftian tale "Hinterlands".  Here's my own version of ready-to-use game material.


Explorers in different ages, delving in vastly different subterranean locations, have made similar reports of a strange altar-like arrangement.  The main feature of the altar is an idol, in the form of a hideous crouching, grinning entity.  Before the idol, is a large, cylindrical compartment, which may be opened/closed via rotation.

Both the idol and box are carved from a single, enormous black stone block.  The block is covered in hieroglyphs depicting strange entities of countless forms placing offerings of money in the box.  The next panel is invariably the same creature extracting some item from the box.  The coins in the hieroglyphics contain flecks of pyrite and glitter with a bit of a gold-ish color.

The close observer may notice that the number of coins in each subsequent hieroglyph is steadily increasing: 1, 1, 2, 3, 5, 8..

Some of the explorers report the altar being gone on subsequent visits, despite no obvious means of egress for the colossal stone arrangement.  (Any time the party  returns to room, there is a 10% chance it will no longer be there)


OK, let's make a table of effects of different Fibonacci numbers of coins:

And let's say the players screw-up and put in an invalid number of gold coins...

2, 10, 82, 2- so as soon as the players open the box, a sulfurous liquid begins shooting out in a powerful stream.  It is acid and the one opening the box must save vs breath weapons or be splashed.  The room and dungeon will begin to fill-up with acid, up to 820,000 liters!