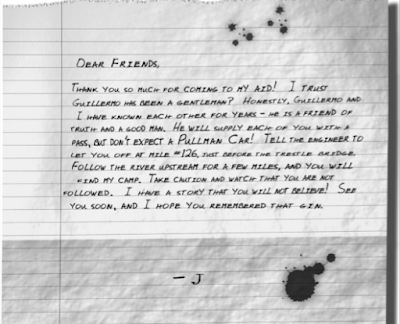 Doctor Milka and Mike replied with some ill-aimed shotgun blasts. Two of the otherworldly intruders fled, while the other fell and was captured by the investigators. He is a drunk villager who works for a gringo named Esteban. Michael paid him to return to his village. He thanked them but warned him to stay away from Esteban. He is violent and mad and will do terrible things if he catches them!
Posted by Billy at 10:53