CROSS IT OVER, MASH IT UP!

So, I just finished reading Tad Williams' unfortunately titled "Otherland Volume 1: City of Golden Shadow". It was pretty good, although the fact that the author couldn't provide us with any closure after 900 pages of suspense was a bit of a disappointing end to the folio. (Although perhaps it's a better strategy for pacing than "Chronicles of Amber" which, in my opinion, got worse with each book because so much had been revealed in previous ones. )

In any case, the narrative starts out switching between 5 or 6 different parallel threads from different genres: fantasy, cyberpunk, thriller, sword & planet. Over time it becomes clear how these stories are related and towards the end of the book many of the book's major characters have met one another.


So how about this? What games have I DMed/played-in the last few years? WFRP, CP2020, a few different flavors of DnD. What if you're running a session and then suddenly the PCs meet the party from another campaign, possibly even from another system? 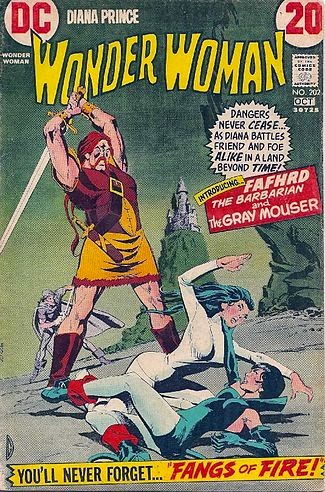 For instance, the Basque Pirates piss-off an insane wizard, who blasts them off to WWII Poland where they have to fight alongside Andre and the gang. Or the WFRP party is sailing along the coast of New Tilia when a freak storm blows them off-course. When the seas calm, the stars look different and then they're set-upon by Basque Pirates. Or our Pendragon characters go off and run into some very disreputable characters, including three mohawk-wearing Dwarves...

Yeah, it's a little zany. But that's the wonderful insanity of Pen and Paper RPG's(and anyway, comic books do it all the time so we should get to too!)
Posted by Billy at 21:16